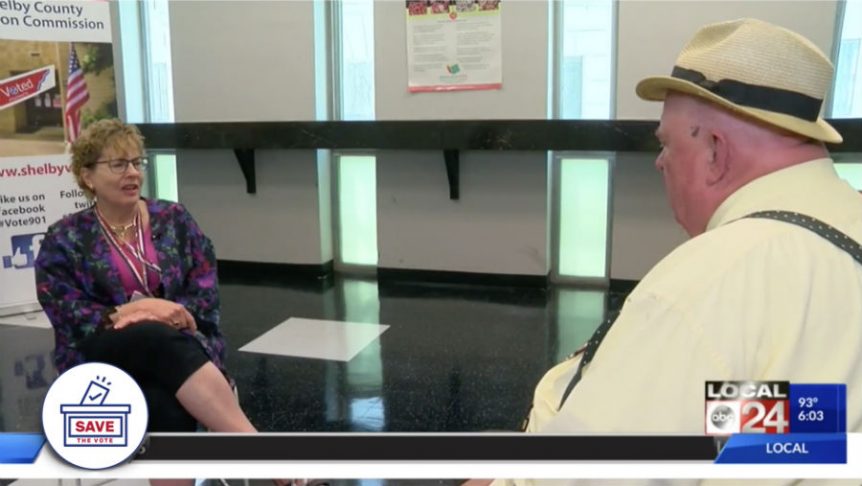 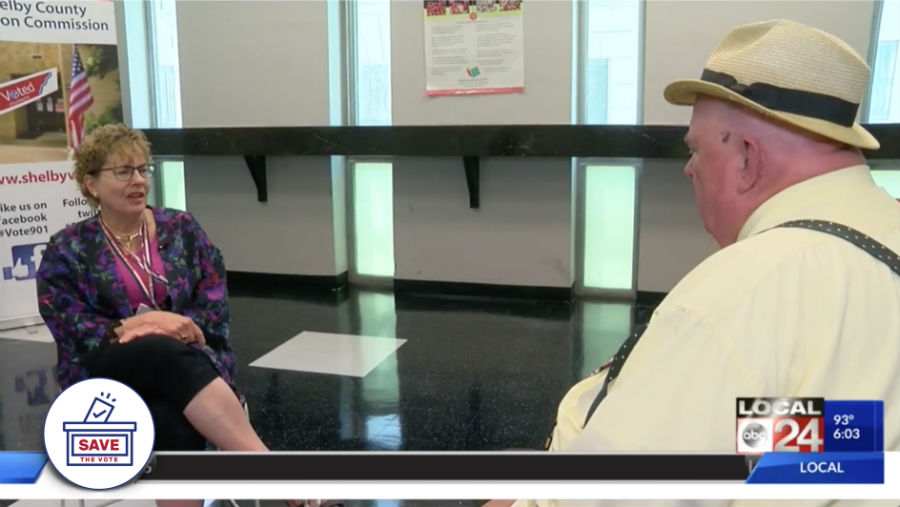 "Complaints about the voting machines getting hacked, resulting in people not sure their votes will count? That just makes Linda Phillips upset." ~ Mike Matthews, ABC 24 News

SAVE held a press conference on September 9, 2019. Local ABC News 24 Mike Matthews was on hand to take our statements.

The Shelby County Election Commission's (SCEC) administrator and spokesperson Linda Phillips was unavailable for comment to our statements and instead issued a written response.

On September 12, 2019, Mike Matthews produced another segment regarding political signage, and was able to secure a live response from Administrator Phillips at that time.

Please view both news segments and SAVE's official response below. 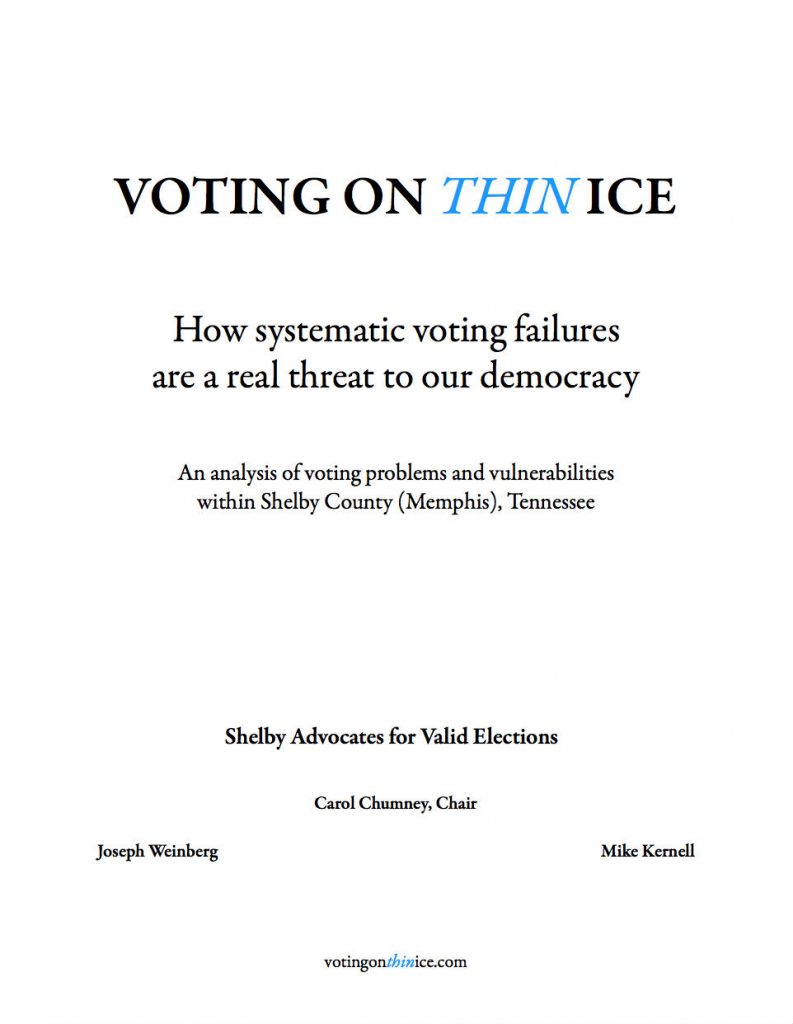 The SAVE Voting on Thin Ice report and SCEC minutes document where a Shelby County Election Commissioner complained previously about the ES&S election vendor having unfettered access to the vote counting tabulator (server), even unsupervised.

The Tennessee Intergovernmental Advisory Committee Report 2007, expressly states as to Shelby County that “all central tabulators need to be physically protected from unsupervised access by any individual, including Diebold and other voting equipment machine vendors”.

The 2007 Tennessee Intergovernmental Advisory Committee Report singles out Shelby County for having its Diebold central tabulator plugged into the county network, with illegal editing software found on the system.

The ES&S Shelby County Election Process Final Report of January 7, 2013, again warned that the vote counting tabulator was plugged in to the county network and vulnerable on multiple levels, including hacking and malware. So, the tabulator has been connected to the internet.

Further, the public testing of the machines mentioned by SCEC Administrator Phillips does not include a forensic audit (internal inspection) of the voting machines and system for malware. Such an audit is necessary in that it is documented that our vote counting server has been plugged into the county network and open to the internet on more than one occasion. 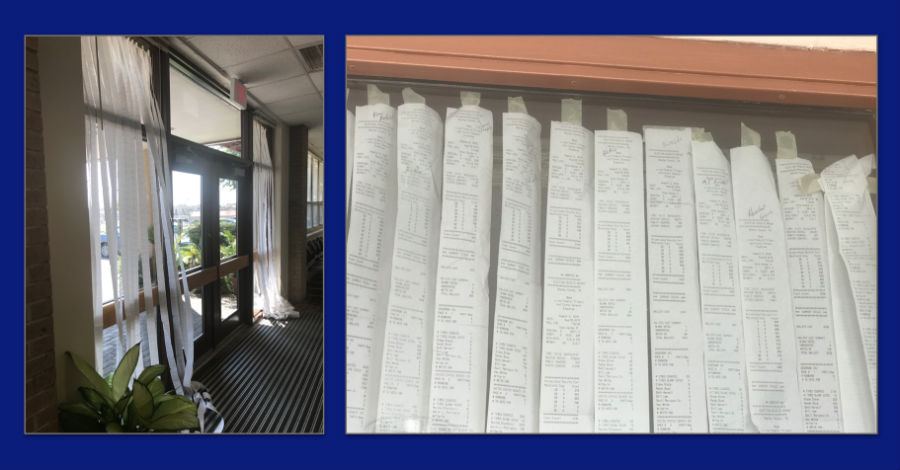 The SAVE group also obtained reports from attorneys who observed inside the SCEC annex on election night November 2018. 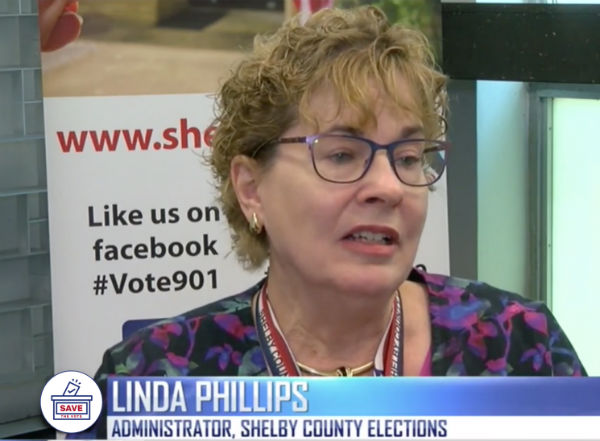 "People who say voters should worry about the security of their vote are just wrong." ~ Linda Phillips

Phillips states that she doesn’t’ let strangers have access to 'her' voting machines or wandering in 'her' warehouse. First, these are the voting machines and the warehouse belong to 'the public'.

And, her statements incredibly disregard the real threat as stated by the U.S. Department of Homeland Security that voting machines like those used in Shelby County are a national security concern due to the possibility of hacking.

Instead of glib responses and misrepresentations of the true facts, action is needed.

There is a public test of the voting machines before each election. All candidates and news media are invited, and it is open to the public.

The vote tabulator or server- its accurate name – is in a locked glass room inside the heart of the Operations Center. The Election Commissioners, both Democrat and Republican, sit outside the room and watch the entire process. No one person is ever alone in the server room.

As for video surveillance, it appears that neither Ms. Chumney nor Mr. Kernell have attended the counting process in any recent election. Had they done so they could have watched everything behind the scenes on the close circuit TV system that was upgraded in 2016.